There’s a storm brewing on Thunder Isle in the form of the newly risen Thunder King: Lei Shen and the invading Zandalari forces who support his bid to regain his seat of power over Pandaria. Once more the heroes of the Horde and Alliance are being called forth to take on this threat, but they do so in the midst of their own dark and bloody war reignited by the decimation of Theramore and the betrayal that split the Kirin Tor. Waging war on two fronts isn’t easy and the Shado-Pan have no interest in anything more than using the power of both factions to put down a more clear and present danger.

With the release of patch 5.2: The Throne of Thunder, a new island will open up off the coast of Townlong Steppes and add a bounty of new daily quests, rare spawns, summonable bosses, hidden treasures, and more.. Taking part in these daily quests will lead up to an epic showdown between the last emperor of the mogu, Lei Shen, the Zandalari, and those who would stop them – the Shado-pan and the heroes of Azeroth. 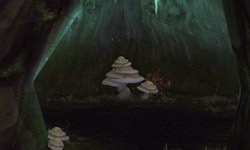 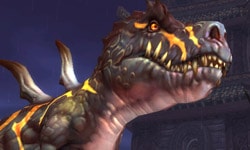 Where do we go from Here?

First things first, how do you get to the island to begin with? At level 90, players will get their first quest in the Vale of Eternal Blossoms where they’ll automatically get the quest “Thunder Calls” or you can go directly to the Shado-Pan Garrison in Townlong Steppes to get started. From there you’re on your way. This isn’t a walk in the park and while flying seems like the easiest way to get where you need to, these are definitely not friendly skies. Flying won’t be available on the island as much as the invading forces would like it to be. A portal between the Shado-pan Garrison and the Alliance or Horde quest hubs will be available after your initial flight to the island so that you can get back into the action quickly. 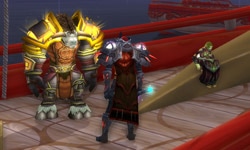 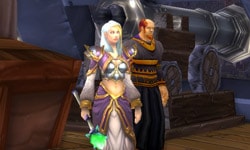 Once More Unto the Breach

Similar to the War Effort with Ahn’Qiraj or the Isle of Quel’Danas, the effort of the overall realm population’s participation and activity will affect the progression toward unlocking the various stages of the Isle of Thunder as you and your allies push further into the island. You’ll be able to contribute by taking part in the daily quests that are made available at various points of interest on the island. Once established on the beach head, you’ll also have a choice between PvE or PvP oriented quests. (Warning, choosing the PvP option will flag you for PvP automatically.) Each will provide slightly different rewards and faction with your chosen allies. If you’ve missed unlocking a section of the island, don’t panic. You’ll still be able to experience the story by taking part in the solo Scenarios that will be available as you progress through the island. 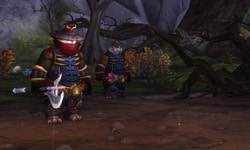 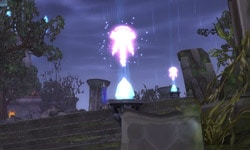 The Horde and the Alliance will be working for some familiar faces as they make their way through the island. Each faction's finest are spearheading the assault: the Kirin-Tor Offensive led by Jaina Proudmoore and the Sunreaver Onslaught led by Lor'themar Theron. Earning reputation with these new factions offers heroes the opportunity to gain new tabards, banners and an intimidating new mount. 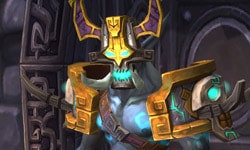 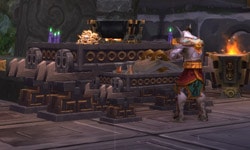 The island isn’t just about unlocking new quests and earning some reputation. There is also plunder to be had and foes to be vanquished. 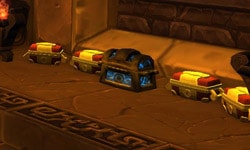 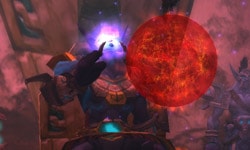 We don’t want to give everything away here, but the island holds many secrets and opportunities to test your mettle. Your realm and your faction are counting on you to take the island by force and stamp out this new threat. Can you survive the trials of the Isle of Thunder? The Thunder King comes, the Thunder King comes...

*Danielle “Nethaera” Vanderlip is a Community Manager for World of Warcraft, and owns her own real life elite dinosaur. (Bearded dragons count, right?)