Lei Shen has consolidated his power on the Isle of Thunder, and if he’s not dislodged, his reborn army will threaten all of Pandaria. But the return of the Thunder King is good news for you, because it means that new challenges and triumphs await in our latest major content update. A massive new zone, a new raid, server-wide events surrounding the siege on the Isle of Thunder, new factions, world bosses . . . and more. Brace yourself for the storm.

Head over to the Under Development page now for a preview of the major in-development features planned for the next World of Warcraft patch, The Thunder King.

Raid Preview: Throne of Thunder
Delve into the Thunder King’s stronghold, one of the largest raid dungeons that Azeroth’s adventurers have ever seen.

Preview: Isle of Thunder
Learn more about the epic showdown between Lei Shen, the Zandalari, and those who would stop them.

A Day on the Isle of Thunder
There, on the horizon to the Northwest, do you see it? There’s a sense of foreboding that clings, and something else . . . .

Portrait of a Thunder King
Learn more about the situation involving the mogu and their once and perhaps (more frighteningly) future emperor, Lei Shen.

Preparing to Kill a King
Get Bashiok’s thoughts on how to maximize your play time in the weeks before and after Patch 5.2.

World Boss Preview: Oondasta
Check out our sneak peek at one of the new world bosses, Oondasta.

I Am Legendary
Let’s catch up with the legendary quest line so far and take a peek at what’s to come.

5.2 Currency Conversions
Learn how Conquest and Honor are going to work after the patch.

Tier 15 Armor Set Preview
Take a peek at tier 15 armor sets that can be found inside the Throne of Thunder.

Season 13 Armor Preview
Take a look at the Tyrannical armor sets that the most accomplished PvP competitors can earn in Season 13.

Preparing for PvP In 5.2
Get up to speed on PvP changes and hit the ground running when 5.2 goes live.

PvP Gear in 5.2 and Beyond
An update on planned improvements for PvP gear, and get a look at the thought processes that motivated those changes.

Patch 5.2 PTR Patch Notes
This is an ongoing list of changes for Patch 5.2 on the PTR right now.

Italy's BattleCraft with Mumper
It's all about patch 5.2 in this interview with Cory Stockton. Audio (English) & Text (Italian) format

Game director on Managing an MMO
Tom Chilton talks to BlizzPlanet about what continued development of the game entails. Text & Audio format

Greg Street Joins The Instance
Scott Johnson's at it again, this time having a heart-to-heart with everyone's favorite crustacean. Audio format

When Animals Attack
Cory "Mumper" Stockton is back again with Warcraft Pets to carry on about our favorite little companions. Audio format 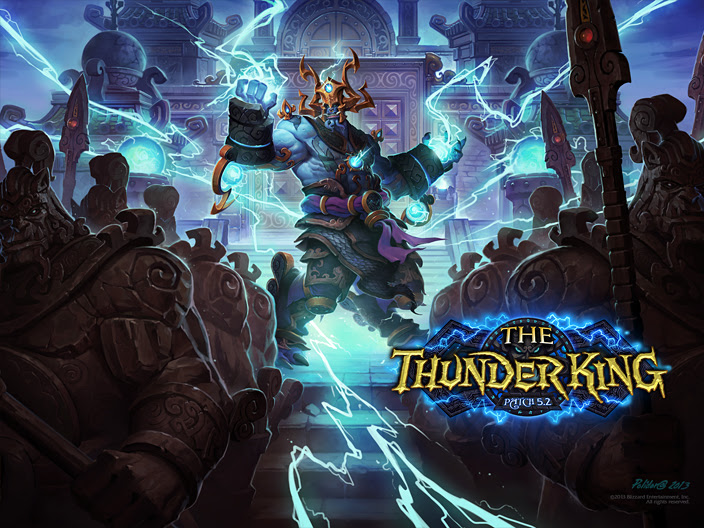