With the launch of the next World of Warcraft® expansion, the Mists of Pandaria™ will lift to reveal the pandaren, a long-secluded race that has spent generations mastering the way of the monk -- World of Warcraft’s newest playable class.

To get an inside look at the upcoming World of Warcraft race and class options, the Blizzard Insider recently sat down with Lead Systems Designer Greg “Ghostcrawler” Street to discuss the design decisions that went into creating the pandaren monk. So read on, and be among the first to meet the brawling heroes who are, even now, secretly training within the mists.

Blizzard Insider: How will the pandaren race differ from the other races of Azeroth? What ideas are being explored for their racial abilities?

Ghostcrawler:Ultimately, the challenge with races is to make them feel unique without actually providing them with so much power that players feel like they don’t have a choice in which race they want to be. If tauren are the best warriors, then Horde players might feel like they are sacrificing too much in order to try out a different race or stick with a race they really like. With the pandaren, you probably won’t see anything so amazing that everyone gravitates to them… except that their art and animation is just so wonderful.

The biggest difference for the pandaren is that they can join the Horde or the Alliance, which is something we’ve never tried before. That alone will make them feel unique. They also have a very strong cultural kit. Our trolls might be somewhat Jamaican and the draenei have Eastern European accents, but the pandaren have a very strong Asian influence. That affects everything from their animations -- which have a martial arts vibe, even for non-monks -- to their hairstyles.

For racial abilities, we’re giving them a bonus to cooking… and to eating. We’re also giving them a moderate bonus to rested experience to make it less daunting to level one all the way up to level 90. They also get the mystical-martial ability to paralyze opponents by touching their pressure points. Finally, we came up with a silly racial, Bouncy, that causes them to take less falling damage. While the pandaren are as noble and epic as any of our races, we felt like we had to acknowledge their, shall we say, endomorphic body shape in some way.

Of course, as with any design this early out, this may all change by the time the new expansion goes live. 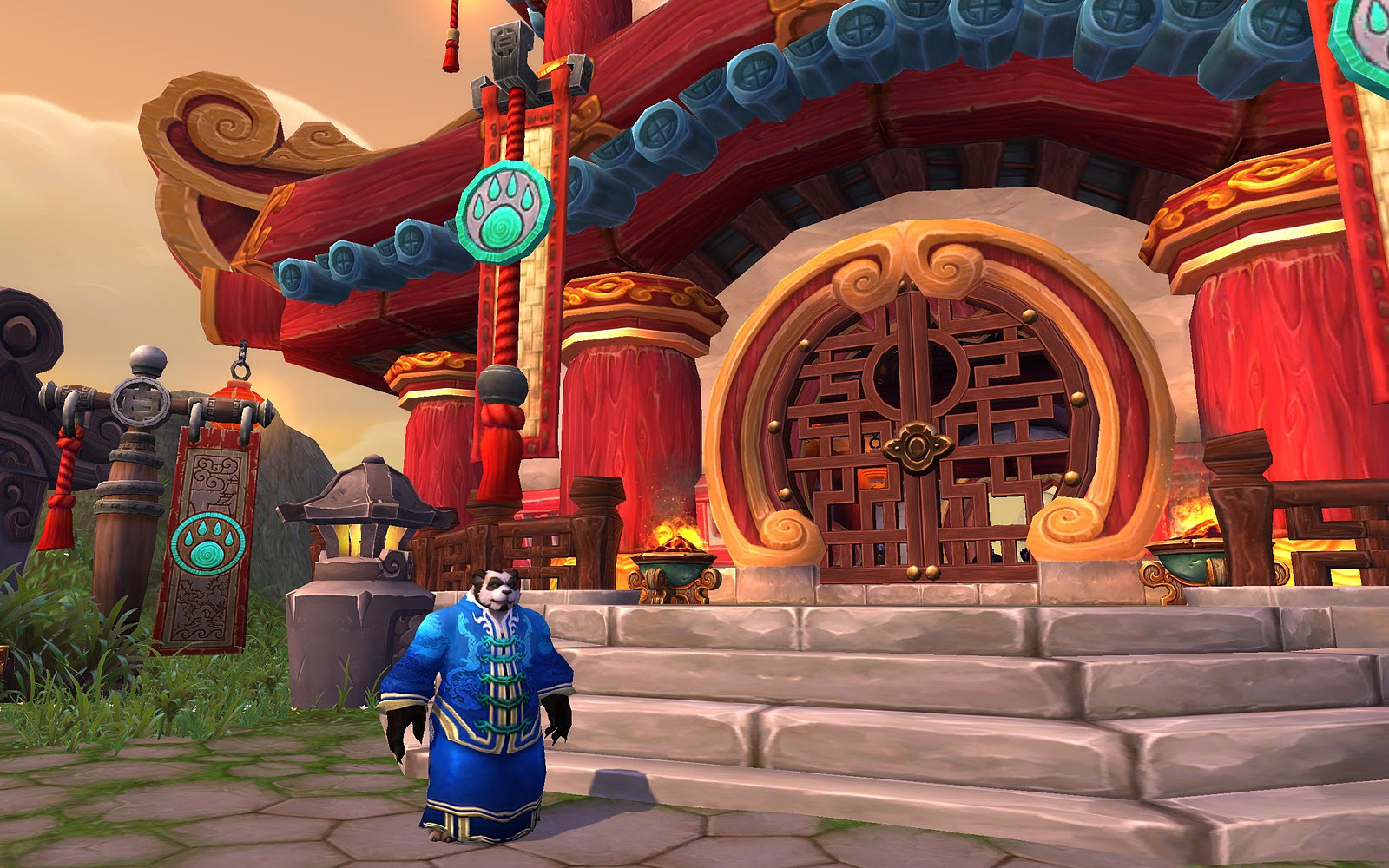 Insider:How did the team decide on monks as the new playable class? Were there any other ideas that were considered?

Ghostcrawler:We settled on the pandaren race first, and after that, the new class was a no-brainer. We actually did discuss whether World of Warcraft needed a new class at this time. As awesome as they are, it was disruptive to add the death knight, and it took us some time to get them feeling fun and balanced. Ultimately, though, we decided the time was right, and at that point the big decision was whether the new class would be a Brewmaster specifically, or a monk that you could play with a Brewmaster kit. At the moment, we’re going with the tank being the Brewmaster, but that could change.

Insider:How will the monk differ from other classes?

Ghostcrawler: We’re trying a few different things. For now, the monk has no auto-attack, which is unique among melee classes. The monk has a different resource as players might expect, where they have both light and dark resources that power different abilities. We are even trying to have the monk healing spec use a lot of punches and kicks. While monk characters will care about weapons, and weapons contribute to their damage and healing, you don’t see the weapons in a lot of attacks. We save them for some of the big finishers.

From a non-gameplay standpoint, the most noticeable difference is the huge number of animations the monk has. When you think of a magic-using class, you think of a lot of splashy spell effects. With the monk we thought it made more sense to invest heavily in animation, and the artists really delivered on that. 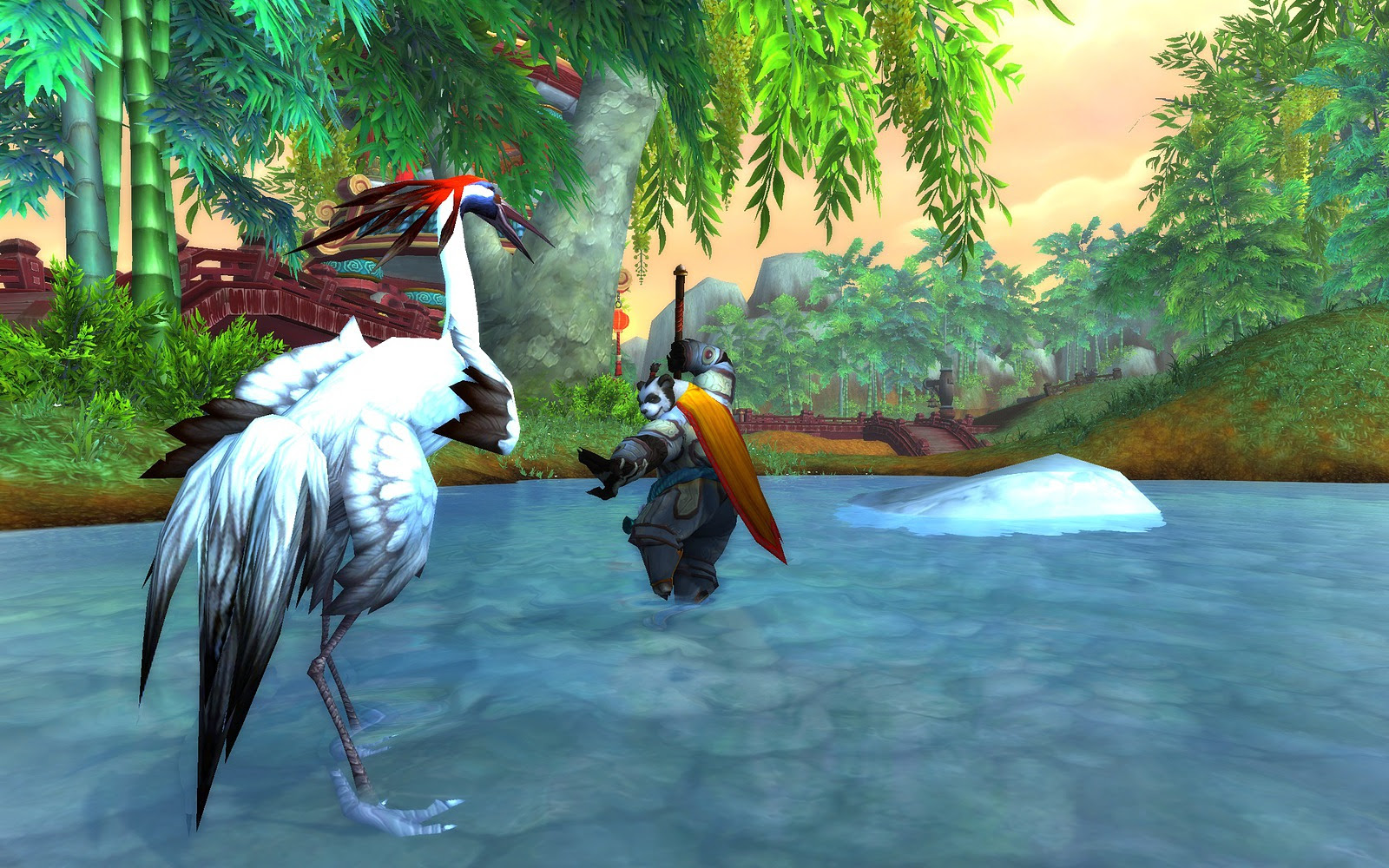 Insider:How are you structuring the monk’s talent tree?

Ghostcrawler: Well, the talent tree design overall is changing dramatically in Mists of Pandaria. Each class will just have one talent tree with a lot of attractive -- and hard -- decisions. However, like other classes, the monk will have three different specializations available at level 10. For now, we are calling these  for the melee damage spec, Brewmaster for the tanking spec, and Mistweaver for the healing spec. The Brewmaster should have the feel of dodging and weaving in combat, reminiscent of the drunken master from martial arts flicks. The Windwalker will be the kung fu master who beats the crap out of opponents with fists and feet. The Mistweaver is partially the wise healer archetype, but like the old men in martial arts movies, he can beat down his enemies as well.

It’s also worth pointing out that even though many races can be monks, the story of the game is that it is the pandaren who introduce the ways of the monk to the Alliance and the Horde, so even non-pandaren monks will have a strong Pandarian -- the continent -- kit.

Insider:What are the challenges involved in adding a new class to the game? Were there any specific things you learned from the addition of the death knight class in Wrath of the Lich King that you hope to apply to the monk?

Ghostcrawler: Adding a class is one of the most challenging things we can do. There are a couple of mistakes we made with the death knight that we’d like to avoid. The death knight resource model, for example, ends up feeling really complicated. We also had some balance problems early on, partially based on -- possibly biased -- feedback that the death knight felt weak. We didn’t want our brand-new class to feel neglected, so we overdid it a bit. Then when we got them back in line, it felt to the death knight players like we had pulled the rug out from under them. On the other hand, the death knight is a really iconic character for World of Warcraft, and the class abilities and spell effects really deliver on that fantasy. We need to make sure the monk feels just as cool and really delivers on what players expect a monk to play like. 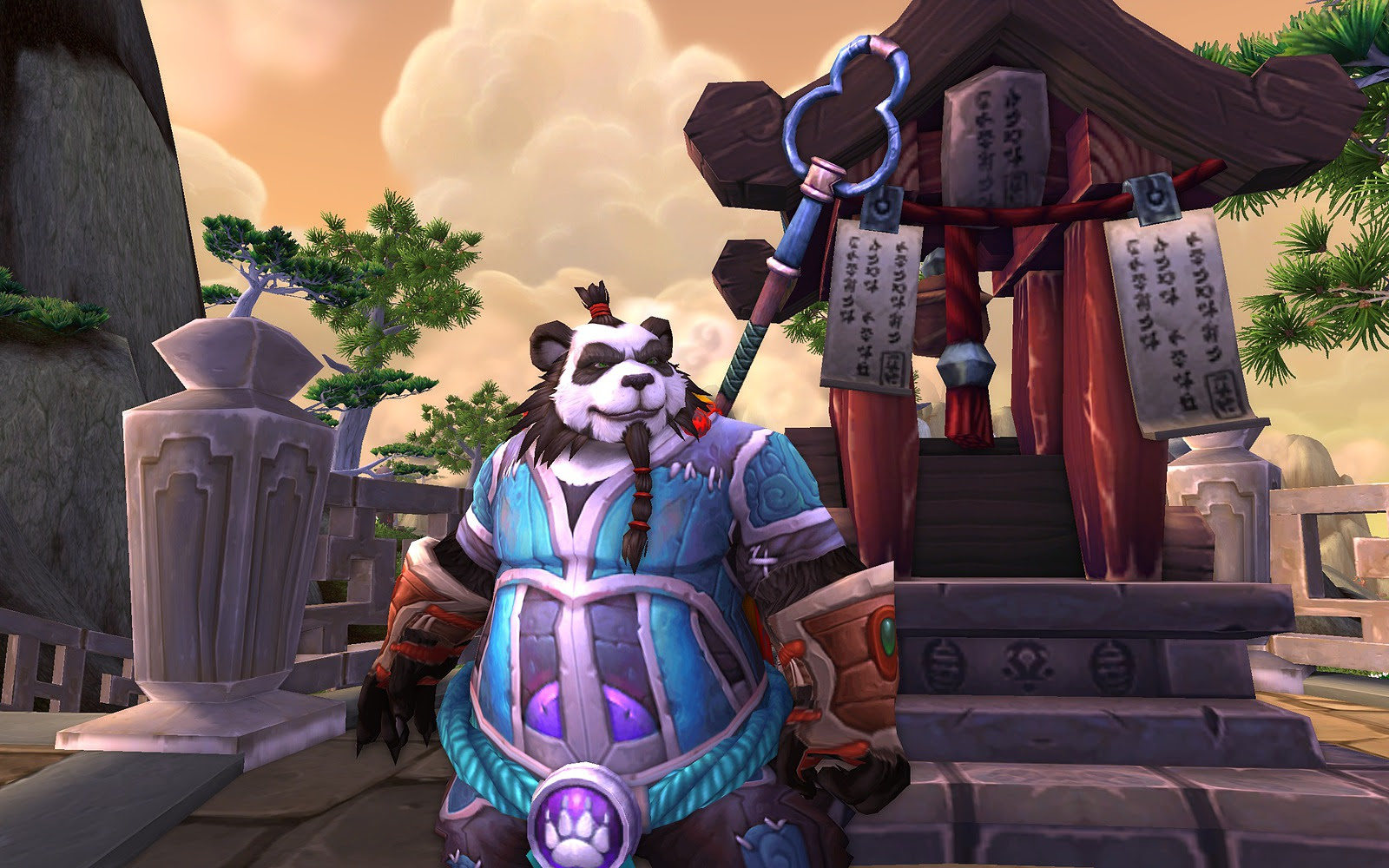 Insider:How will monks be itemized?

Ghostcrawler: They wear leather armor, so the tank and DPS monks will want the same Agility-based armor that rogues and Feral druids wear. The healing monk will want the Intellect-based armor worn by Balance and Resto druids. For weapons, the two signature items are fists and staves. At the moment, we are focusing the Windwalker on fists and the Brewmaster on staves, but we might give players more flexibility than that. The melee monks can also use weapons like one-handed maces, axes, and swords. The Mistweaver can use healer staves, maces, axes, and swords. Monks can’t use shields, and no melee class uses ranged weapons any longer.

Ghostcrawler: One of the victories we had with the death knight came when we introduced a fun ability at relatively low level that became synonymous with the class. I’m talking about Death Grip, which lets the death knight yank enemies over to him. We decided we needed something similar for the monk, so we came up with Roll. Roll is like a combination between warrior Charge and mage Blink. Unlike those two abilities, Roll can be used sideways or backwards as well. It looks great to see a character, a pandaren especially, tuck into a somersault. It’s a lot of fun.